Share
Open Heaven 10 January 2019: [Thursday] Daily Devotional By Pastor E.A Adeboye – Relying on the arm of flesh
RELYING ON THE ARM OF FLESH – Thursday January 10th 2019
Memorise: Then said David to the Philistine, Thou comest to me with a sword, and with a spear, and with a shield: but I come to thee in the name of the LORD of hosts, the God of the armies of Israel, whom thou has defied. 1st Samuel 17:45
Read: 2nd Chronicles 32:1-8 (KJV)
1 After these things, and the establishment thereof, Sennacherib king of Assyria came, and entered into Judah, and encamped against the fenced cities, and thought to win them for himself.
2 And when Hezekiah saw that Sennacherib was come, and that he was purposed to fight against Jerusalem,
3 He took counsel with his princes and his mighty men to stop the waters of the fountains which were without the city: and they did help him.
4 So there was gathered much people together, who stopped all the fountains, and the brook that ran through the midst of the land, saying, Why should the kings of Assyria come, and find much water?
5 Also he strengthened himself, and built up all the wall that was broken, and raised it up to the towers, and another wall without, and repaired Millo in the city of David, and made darts and shields in abundance.
6 And he set captains of war over the people, and gathered them together to him in the street of the gate of the city, and spake comfortably to them, saying,
7 Be strong and courageous, be not afraid nor dismayed for the king of Assyria, nor for all the multitude that is with him: for there be more with us than with him:
8 With him is an arm of flesh; but with us is the Lord our God to help us, and to fight our battles. And the people rested themselves upon the words of Hezekiah king of Judah. 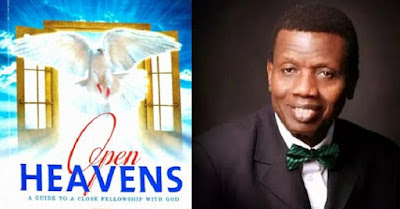 Bible in one year: Matthew 20:21, Isaiah 8:11-9:7, Hymn: Sing hymn 7
Message:-
The ‘arm of flesh’ refers to efforts that are solely based on the wisdom, ability and strength of man. Unfortunately, the best of efforts is limited in any venture, because the spiritual controls the physical.

Open Heaven 10 January 2019 Relying on the arm of flesh

In today’s Bible reading, it is glaring that Hezekiah knew the limitations of the arm of flesh. Concerning the threat of Sennacherib and his army, he boldly declared in 2nd Chronicles 32:7-8:

“Be strong and courageous, be not afraid nor dismayed for the king of Assyria, nor for all the multitude that is with him: for there be more with us than with him: With him is an arm of flesh; but with us is the LORD our God to help us, and to fight our battles. And the people rested themselves upon the words of Hezekiah king of Judah.”
Similar to the scenario that played out between Hezekiah and Sennacherib, today’s memory verse tells of an encounter between two individuals who went into battle, one divinely armed and the other relying on arm of flesh.  The one with the arm of God was David. He went into battle with what seemed to be the feeblest weapon of war – a simple sling (catapult). On the other hand, Goliath went into battle with the arm of flesh, trusting in his chain armour, helmet of brass, shield, spear and sword, altogether constituting the most sophisticated weapons of war available at that time. Just like Hezekiah, David was aware of the divine arm backing him up, and he proclaimed the great words in today’s memory verse.

At the end of their duel, Goliath did not live to tell the story of how, within the twinkle of an eye, a feeble stone won a battle that had simmered for more than forty days. The fate that befell Goliath exemplifies how the arm of flesh can let down those who put their trust in it. Beloved, it is time you stopped trusting the arm of flesh in the form of godfather, spirits of divination and witchcraft, riches that can fly away overnight and political power that can slip out of your fingers. Learn from the story of Hezekiah and Sennacherib and the decisive battle that saw the demise of the boastful Sennacherib (2nd Chronicles 32:31).

Although the Almighty is a great ally to have, He is also a dangerous enemy to engaged in battle. Everyone who lives in sin is at war with Him (Psalm 7:11). Are you one of those who have not decided to be a friend of God? You must have a rethinking today and stop trusting in the arm of flesh which can lead to perpetual shame. Jesus is Lord, mighty in battle, and He will fight for you if you if you will let Him be Lord indeed over your life from today.
Action Point
If you have been putting your trust in the arm of flesh, perhaps in the form of secret societies you belong to or black magic charms in your possession, renounce them today and surrender to Jesus.